This was, whichever way you look at it, Gibbo’s match. Most of you will know that Duncan has been with the club for the best part of a decade, cunningly spending the summers here before, like a curlew sandpiper, he wings it south in November to avoid the worst of our winter and to enjoy the warmth of New Zealand. Only this time, he and Penny are packing their bags and all being well with the NZ Border Control, will enter the land of the Long White Cloud where they will put down their roots.

The match had signs of Peak Gibson written all over it even before it began. His arrival – in shiny formal shoes, a splendid linen jacket, fashionably crumpled shirt and matching socks – was a thing to behold. No-one could remember him looking so smart, not evening Ali, who was once ‘taught’ by him at Chesterton. True, the tie needed a bit of attention but goodness, this was a broiling Sunday when the Camden chic of saggy shorts and mismatched tennis socks was the norm. He even brought his own posse, who wisely, once they saw that he was safely ensconced on the premises, left.

As for the cricket, the Sundays fielded first, opting to batter the opposition with the twin threats of Austin (A) and Redfern. Lillie and Thomson; Roberts and Holding; Statham and Truman: they all radiate menace and the promise of shattered stumps and bruised ribs. Austin and Redfern though: a gents’ outfitters in a small, well kept North Yorkshire market town. Nevertheless, it was all we had and credit to them, they gave it a go. Redders would have been helped if a hattrick of dropped catches had at least been attempted and Ali did manage to pin back the opener’s off stump.

Time to bring on the spinners. We had enough of them. It was like watching the Indian side of 1972 – let the seamers scuff up the ball for thirty minutes and then rotate Bedi, Chandrasekhar, Prasanna and Venkataraghavan for a couple of days during which seven wickets were taken and 248 runs scored. Proper Test Cricket. Our quartet of Messers Wallman, Coteman, Baker and Wray sent down the overs, chipped away and kept the score down to 240 odd before Gibbo was given the honour of completing the innings with an over in which his full range of varieties was demonstrated – a couple of wides followed by zingers that just beat the outside edge – before the Park boys realised that the tea was stewing and 249 was probably more than enough. HA! If only they knew.

We welcomed back Foxy, who has eschewed the greensward for the rock and roll world of indecently tight lycra and thunderous power chords over the past couple of months. Absence obviously made the heart grow fonder because he launched in the bowling with the same energy with which he shreds two – occasionally three – chords with the Indietones. 28 off the first two overs with Gibbo looking on from the non-striker’s end. He soon took his chance though, unfurling the entire Gibson repertoire, to wit a series of clumping cross-batted boundaries which scorched across the late summer dry-as-a-bone outfield. Note to our Kiwi: Just because it’s hit straight and goes past the bowler doesn’t make it a drive.

Our openers raced to their fifties, thence departing to the pav. Fahim made a brief cameo appearance before taking up his place and wrestling with the electronic scoreboard, managing to coax the right score to appear in lights on the board. Fahim, you really should think of taking up a career in technology…

For the second consecutive week, Will Wray and Ali came together to put on a thumping stand – 120 odd this time – which took the Camden Collective to the winning total – but not without incident.

It could be said that Will gives the ball a tap. Perhaps more than a tap: a mighty, crashing, clunking thump would cover it. One such drive fizzed past the bowler, careened off the stumps and deflected at blink of the eye speed into our umpire, Gerald. He managed to turn just in time to take the ball flush on to what we, at our distance, thought were his kidneys. He went down and stayed down for rather too long. Genuine concern all round, the sort that generates the worst thoughts. The call went out for a bag of ice. Its thaumaturgic properties wondrously had Gerald back on his feet, though on reflection, a pair of sweaty Camden hands rummaging around your nethers with an icepack would have had Lazarus of Bethany back on his feet in double quick time too. Further confusion was added when a scout from the Front Line that was the non-striker’s end hurried back to the pavilion with half a broken bail in his hand. Blimey, where was the other half, embedded like a shard of spiteful shrapnel in some unspecified part of Gerald? The whole episode raised some serious questions about player/umpire safety. And what if Gerald’s untimely interception – which undoubtedly prevented a boundary – had left Camden four short at the end of the game? This is a serious issue. Happily, despite taking a fearful blow, the results of which will challenge the entire Farrow and Ball colour chart* by Tuesday afternoon, he insisted on carrying on dispensing wise decisions.

Thanks to Foxy and Gibbo’s rip-roaring opening stand, the Casuals needed just 120 from the final 20 overs, a total they achieved with 36 balls to spare and fifties for Will and Ali. When was the last time four Camden players made 50 in the same innings? I’d hazard 15 September 2019.

And that’s it for another year. Is there a single cricket fan who doesn’t feel a wave of melancholia on their last day of the season? We’ll be back in April to have another tilt at it all, sans Gibbo of course, who we wish a long and happy career in NZ thumping half-trackers over midwicket. We’ll miss him. Thanks Duncan.

Naturally, if you or anyone you know fancies turning their arm or strapping on their pads, we’ve two Saturday teams and the Casuals who’d welcome you with indecent haste.

For now, all best wishes,


*Farrow and Ball actually have paints with the following names: Moles Breath, Sulking Room Pink and Dead Salmon. Someone is paid cold, hard cash to come up with this. More disturbingly, other people pay out cold, hard cash to buy it. 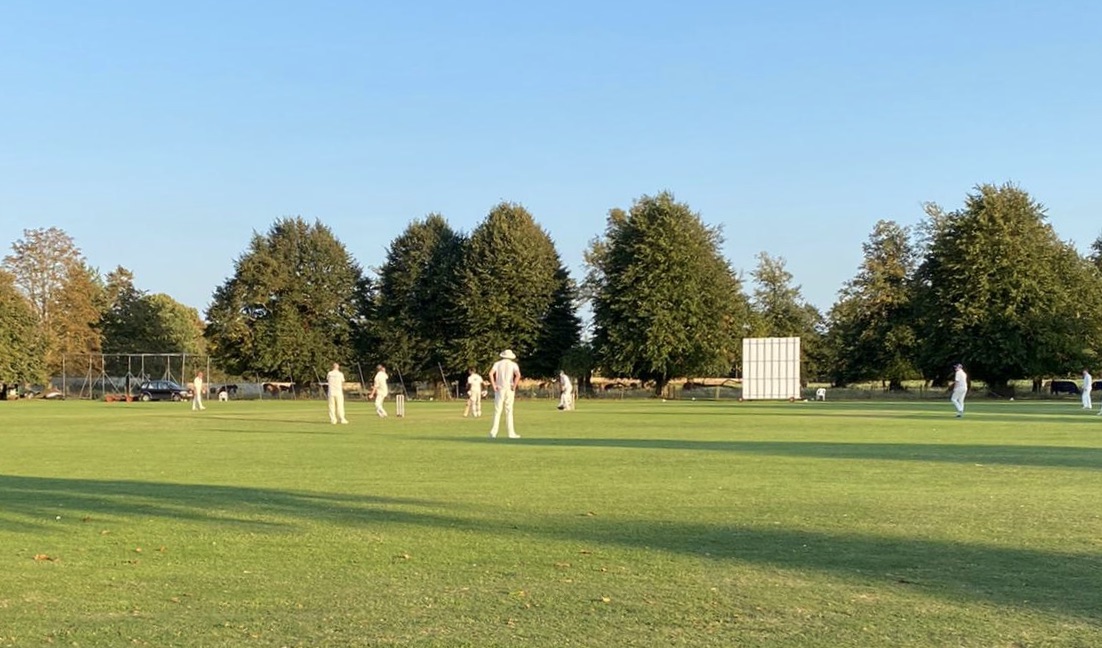 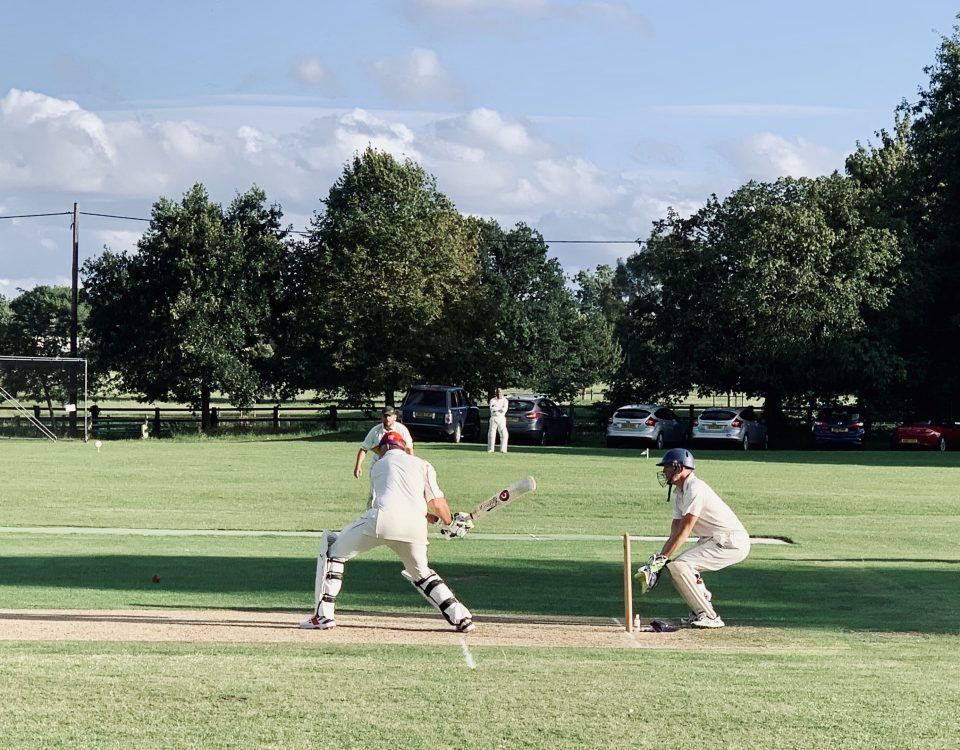 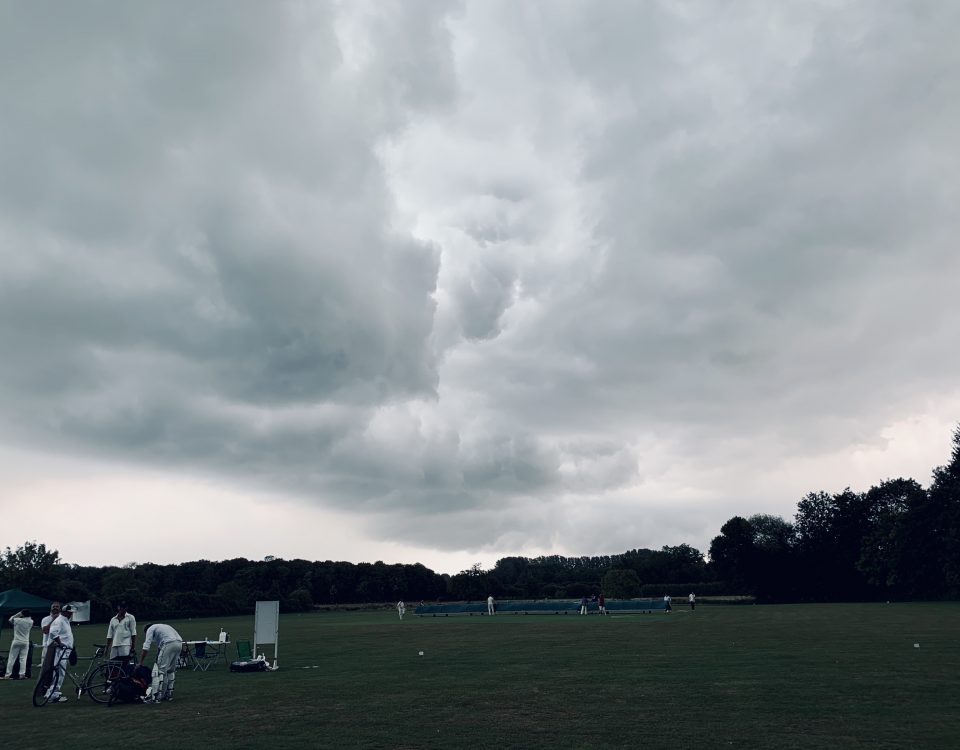