Camden CC was formed in 1881, originally as a youth club. Over the years the club has changed in size and status and has recently stabilised with two Saturday league sides and a successful Sunday XI. The club has never had a permanent home ground but has played most of its league games at Queens’ and Robinson’s field on Barton Road. 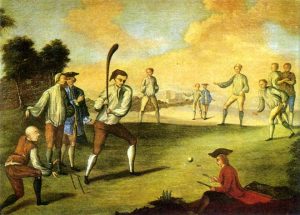 Camden Cricket Club was founded in 1881, initially for youth players but it soon became an adult club. The club is named after Camden Terrace (now Park Terrace) which ran along the north side of Parker’s Piece where the club played its matches. By1910, following the fading of other clubs, Camden found itself in the position of being the oldest and the premier club in Cambridge. Camden was always a club of Cambridge men and in its first fifty years, when population movement was much less marked than today, early lists of members included names from many established and respected Cambridge families, Hayward, Hall, French, Gray and Morgan. During the 1930s greater movement among the professions, and the University attracted new players to the club

In 1931 a second XI and a Thursday team were established. In October 1945 the club was revived after the disruption of the Second World War and a full fixture list was resumed. In1969 the Club started a “cricket week” entertaining sides in the last week of July culminating in an all-day match, now against the MCC, and a barbecue in the evening. This continues Camden’s tradition of hosting friendly visitor fixtures, and Sir Jack Hobbs would regularly bring a team largely from Surrey to play XVIII of Cambridgeshire, all batting but only eleven fielding.

The 1960s and 1970s saw an increase in the strength of Camden cricket with players asking for stronger fixtures including Essex Wanderers, Bedford, and the Stoics who often brought first-class cricketers, and once a Test player – JH Edrich – in 1964.

The first Camden club dinner was held in 1905 to celebrate the first win of the Senior Cup, and thereafter the Camden Dinner seems to have become pretty much an annual event attended by members and guests alike. After the Second World War the dinner was re-established and, perhaps with the earlier visits of Jack Hobbs in mind, it became the custom to have the toast to “The Game of Cricket” proposed by a well-known cricket personality. Today Camden tries to keep this social aspect of the Club very much alive and recognises the importance of a team beyond the boundary for on-field success. In 2006 Camden celebrated its 125th Anniversary with a Dinner at St Catherine’s College. Former Middlesex and England fast bowler Angus Fraser entertained players, former players, friends of Camden, guests and partners.

In the 2000s, Camden’s First XI was always competitive in the First Division of the Tucker Gardner Cambridgeshire and Huntingdonshire Premier League, winning that league in 2010. The Second XI was promoted four times over five seasons from 2002. The Third XI was formed in 2002, and there were a number of youth sides. Around 2013-2014 the Club went through a difficult period during which it was necessary to close down the youth programme and withdraw two of the three league sides.

In recent years, Camden has successfully steadied the ship and is now rebuilding due to a committed and growing body of players. The Club now fields two Saturday league teams and a non-league Sunday side (Camden Casuals).